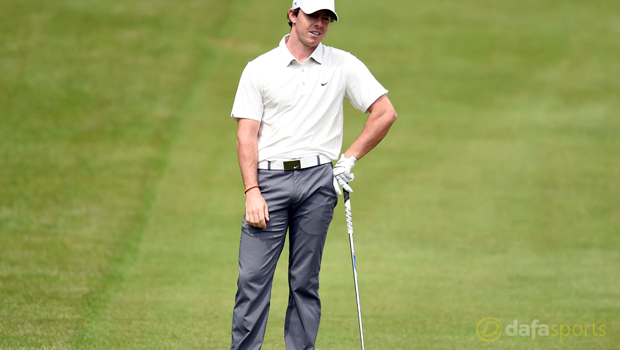 Rory McIlroy admits everything came together for him at the right time after winning the Tour Championship on Sunday to claim the FedEx Cup.

The Northern Irishman has struggled with consistency this year, missing the cut at July’s US PGA Championship but hit back by winning the Deutche Bank Championship earlier this month.

That placed him back in the running for the FedEx Cup and after a mixed opening couple of days, he carded rounds of 66 and 64 to earn himself a spot in the three-way play-off at East Lake.

Ryan Moore and Kevin Chappell were his adversaries but after Chappell was eliminated on the first extra hole, McIlroy eventually claimed the title on the fourth play-off hole with a dramatic birdie.

The victory was enough for him to pip Dustin Johnson to the $10m jackpot and he will now head to Hazeltine for this week’s Ryder Cup full of confidence.

Speaking afterwards, the 27-year-old conceded his main focus at the start of the week was to win the tournament and let other things take care of themselves.

He also admitted his game is currently in excellent shape and following his issues earlier in the season, said it was special to have performed so well when the pressure was on.

“All I wanted to do was concentrate on winning the Tour Championship,” said McIlroy. “I couldn’t control what anyone else did.

I needed to come out here and play a really good round of golf. I just wanted to go out and play the way I have been playing.

“I feel my game is really coming together at the right time, and two wins in the last three feels pretty nice.”

McIlroy and his European team-mates are currently the 2.88 underdogs for the Ryder Cup, with the tie 11.00 and Team USA 1.53.