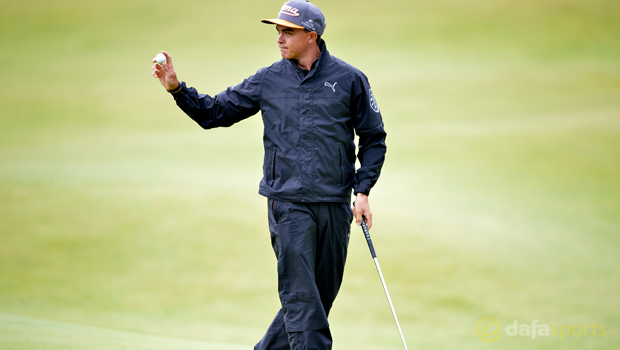 Rickie Fowler has elected to miss his defence of the Scottish Open in order to concentrate on the majors and the Olympics.

The American, who is 23.00 to win next week’s US Open, impressed as he recorded a one-stroke win at Gullane last year and organisers had hoped he would return to the tournament for the 2016 edition.

However, the 27-year-old has decided to miss July’s tournament, which will be held at Castle Stuart, as he does not want to overburden himself during what is set to be a busy few months.

The return of golf to the Olympics has given a number of the top players something else to focus on in a year in which they still have three majors to contest.

Fowler, who is 19.00 to win the Open Championship, is also set to represent America in the Ryder Cup at Hazeltine, meaning he has an extremely cramped schedule and, as a result, has chosen to sacrifice the defence of his Scottish Open title.

Tournament director Peter Adams says he understands why Fowler has made the call. “No Ricky this year, which we’re obviously disappointed about and so is Ricky,” Adams told BBC Scotland.

“He has written to us and said he would have really liked to come back to defend, but it is some of the schedule congestion that has been an issue for him.

“The Olympics is here for the first time and that’s meant date changes for some of the majors and, if you look at that run from the US Open right up until the Olympics, it’s incredibly congested and all of the players who play in the top flight of world golf I think have had some difficulty organising their schedules.”