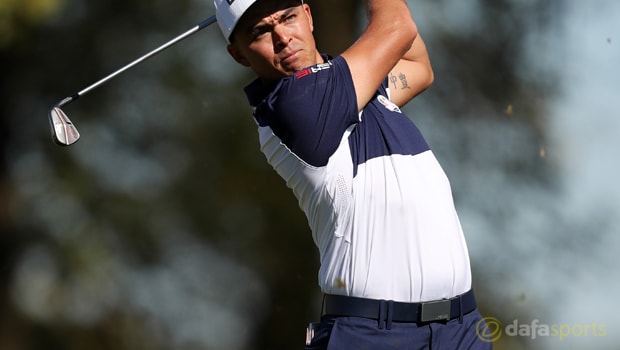 Rickie Fowler remains in a strong position to claim his fifth PGA Tour career success and second of this season ahead of the final round in the Shell Houston Open.

That is despite dropping three shots in the final two holes of what had threatened to be a brilliant third-round display.

The American was eight-under par through 16 holes before making his first bogey of the day at the 17th.

He compounded that error by four-putting the final green to record a double-bogey but his five-under round of 67 was enough for second spot on the leaderboard behind Sung Kang.

The South Korean leads the way on 17-under par with 18 holes left to play, having shot a steady one-under round on Saturday. Fowler is three shots back on 14-under par with Russell Henley one further back and Luke List on 12-under par.

There is then a four-shot gap to the chasing packing, leaving the leading quartet seemingly with the tournament in their hands.

Fowler has played holes 15-18 in a combined six-over par during rounds two and three but he was refusing to be downbeat about it.

“Drove it well, hit a lot of fairways and greens, made some good putts,” Fowler said.

“Really not [looking] at the last two holes. It was a great day of golf.” On his final green woes, the American Ryder Cup star was also ready to forgive himself and he insisted he was happy with the strokes he made.

“I started it inside left. I thought I hit a great putt.”