Rickie Fowler has eyes on Rio 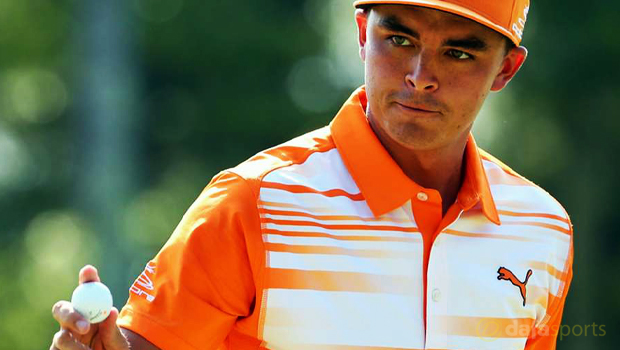 Rickie Fowler says the chance to represent the USA at the Olympics in Rio next summer has become one of his goals.

While admitting it was not necessarily something he dreamed about growing up, Fowler says that he had always wondered how much of a thrill it would be to take part.

The 26-year-old has put himself in pole position to find out courtesy of a breakthrough year in 2015.

The American, previously labelled one of the PGA Tour‘s top underachievers, has cast aside that moniker with three tour victories and a rise to number five in the world rankings.

The California native made his big move by winning The Players Championship at Sawgrass in May, remarkably playing the final six holes in six-under par to force his way into a play-off where he made two more birdies in four holes to seal victory.

He added the Scottish Open in July and the Deutsche Bank Championship in August to complete a stellar season, and he says it was the manner of those wins that gave him huge satisfaction.

“It’s been great to get the wins this year, getting the win at the Players, basically the best field that we play against all year and a great win.

Getting the win on a links course at the Scottish Open. And to win the way I did, making birdies coming in, definitely made it that much better,” he said.

Fowler is in Las Vegas this week for the Shriners Hospitals for Children Open but he says Rio is now firmly fixed on his mind.

“If I continue to play the way I’ve been playing, then I’ll be there,” he added.

“Can’t really say a dream come true just because golf hasn’t been in the Olympics for so long, but I’ve always enjoyed watching the Olympics and thinking about how cool it would be to walk in opening ceremonies, closing ceremonies and to be there to be around the best athletes in the world.”

Fowler is 11.00 to win the Shriners Hospitals for Children Open and 13.00 to lead after the opening round.