Posted by OLADIPUPO MOJEED on October 5, 2020 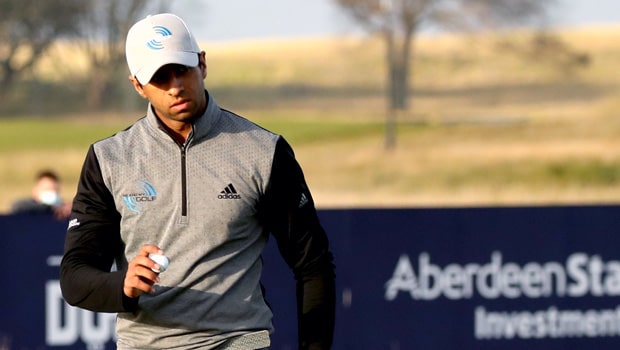 The England golfer edged out fellow countryman, Tommy Fleetwood, in a playoff to emerge winner of the title on Sunday.

En route to being the champion, Rai fired eight birdies in the final round, signing of a brilliant seven-under-par 64. This set the target at 11-under, and Fleetwood ended the round with a 20-foot birdie. This led to extra holes.

Fleetwood, who is number 17 on the lasted ranking, was the favourite to lift the trophy. He split the fairway from the tee back at the par-four 18th, as Rai recorded a deep bunker.

Fleetwood further recorded three-putt from just off the green. But Rai took home the title when he recorded a par.

Having now won his maiden Rolex Series title, Rai will now be among the top five on the Race to Dubai standings. He automatically falls into the top 100 in the world rankings.

After his victory, the golfer described the moment as incredible, having played a lot in Scotland while growing up. The 25-0year-old had dreamt of playing in a European Tour event in Scotland. That is now a reality as he is now champion on the turf.

Being up there in the Race to Dubai, according to Rai, shows that those occupying the top five have been consistent, with some top results to show for it.

Meanwhile, Robert Rock, another English golfer, failed to scale through the playoff. He carded a bogey on the last hole in a round of 70.

Lucas Herbert finished nine-under with 65, that was 14 shots better than his third round. The Australian finished alongside home favourite Marc Warren.

Although some Asian golfers had issues with the weather because they are not used to such conditions.

Shubhankar Sharma, a top Indian golfer, was one of those who struggled to a five-over 76, finishing tied 47th.