Posted by Jason Stepford on September 5, 2016 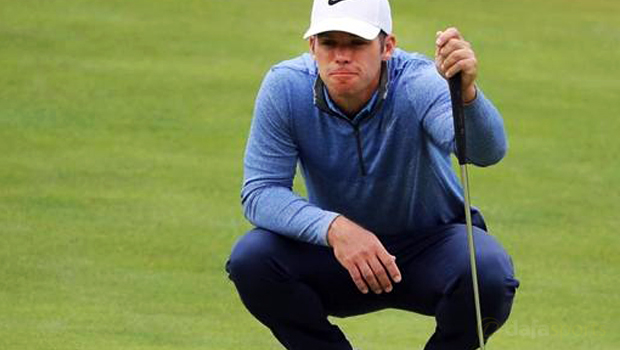 Englishman Paul Casey has high hopes of recording just his second PGA Tour victory in the final round of the Deutsche Bank Championship in Boston.

Casey shot his third consecutive round of 66 on Sunday to move to 15-under par and earn himself a three-shot lead over the field going into the final round on Monday.

However, with wind gusts of up to 40mph being forecast for round four, Casey knows that there is much work still to be done.

Casey admits he is unsure whether it will pay to be the hunter or the hunted during the final round. “Depends on how bad it is,” he told the PGA Tour website.

“Maybe it’s a case of just trying to get in a certain number.

Maybe that number’s 15 [under par]. I don’t know what it might be, a couple better than that. Maybe it turns into a match play situation.”

Casey was sitting on a one-shot advantage as he played the closing hole in round three. A stunning iron shot into the par-five 18th green left a simple tap-in for eagle and gave him a significant cushion however.

American Brian Harman leads the chases on 12-under par. Compatriots Smylie Kaufman, Jimmy Walker and Kevin Chappell are next up.

Ryan Moore is on 10-under par while major champions Rory McIlroy, Justin Rose and Louis Oosthuizen are all in a group of four players on nine-under par hoping for a slip from Casey.

McIlroy, like Casey, eagled the final hole in round three for a 66, with his four-iron agonisingly lipping out of the cup to deny him an albatross.

Casey is 1.91 to win the Deutsche Bank Championship while USPGA winner Jimmy Walker is 11.00 and McIlroy is 15.00.