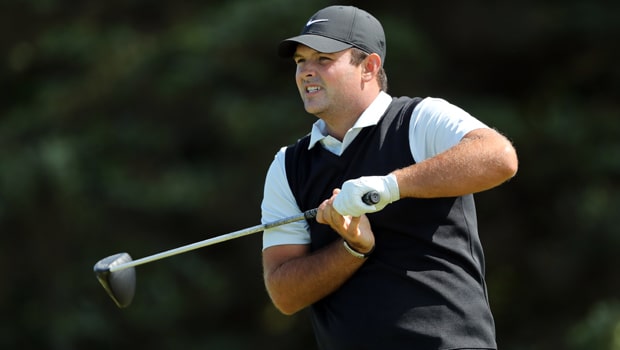 Patrick Reed holds a one-shot lead at the Northern Trust heading into the final round after carding a four-under 67 but has a star-studded chasing pack breathing down his neck.

The 2018 Masters champion began the day two strokes behind overnight leader Dustin Johnson but quickly moved to the top of the leaderboard with three birdies on the front nine. The 29-year-old picked up another shot at the 10th before completing another bogey-free round, his second of the week at Liberty National.

Reed heads into the final round as the 2.88 favourite to claim his first win since his August success and he says he won’t be changing his approach with so many high quality players looking to overhaul him.

“From the fairway, you can attack (this golf course),” said Reed, who has won four of the six tournaments at which he has held the lead after 54 holes. “It’s one of those things that you just have to be smart and play this golf course smart. You have to give yourself opportunities and I feel like I’ve been doing that this week.”

Reed will go out on Sunday alongside Abraham Ancer as the final pairing after the Mexican, seeking his first win on the PGA Tour, carded a three-under 68 to move to 13-under. A shot further back are Brandt Snedeker and Jon Rahm, the latter having got within one shot of Reed during his round before slipping back to 12-under.

England’s Danny Willett is also in contention after a five-under 66 on Saturday as he got to 11-under, where he was joined by reigning FedEx Cup champion Justin Rose. Rory McIlroy will start the day four shots off the lead after a mixed third round which included five birdies and four bogeys.

Overnight leader Johnson, twice a Northern Trust winner, saw his challenge nearly unravel as he signed for a three-over 74 to slip back to nine-under. The world No.2 is now a 23.00 chance.