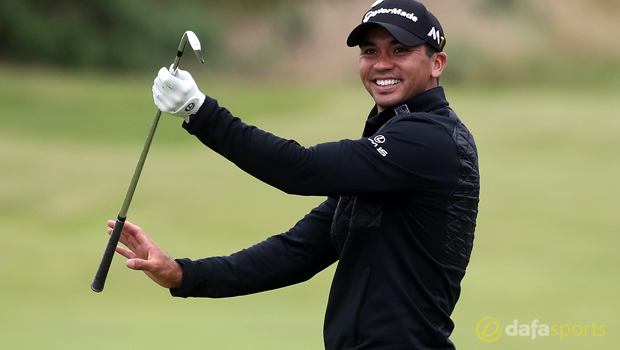 Jason Day says he has been seeking fresh advice from Tiger Woods ahead of this week’s Open Championship.

The world number one has taken his game to a new level over the last 12 months, finally breaking his major duck at last year’s US PGA Championship.

During that time he has often spoken about his relationship with Woods and how the American has helped him with his approach.

The 40-year-old was previously the dominant force in golf, with his mental strength and ability to produce the goods when it mattered on par with his natural talent.

Woods is currently absent due to injury but Day admits he has spoken to the 14-time major champion in the build-up to this week’s Open Championship at Royal Troon.

The Australian says he has been asking his idol about how he maintained his mental edge on the golf course, as he feels developing a similar aura can be key to his continued success.

He said: “When I talk to him, it’s about how mentally tough he was.

When he didn’t have his best stuff, he would just find a way to get it done. His game plan was, ‘I’ve just got to get this ball in the hole’.

“If it was trying to catch someone, he wanted to cut that lead down maybe one or two shots. Just cutting into that lead will show that there’s presence there.

“In the same way, if you have the lead, being able to extend that lead shows that you’re playing some pretty strong golf.”

Day is currently the 8.00 favourite to claim the Claret Jug ahead of US Open winner Dustin Johnson who is 8.50.