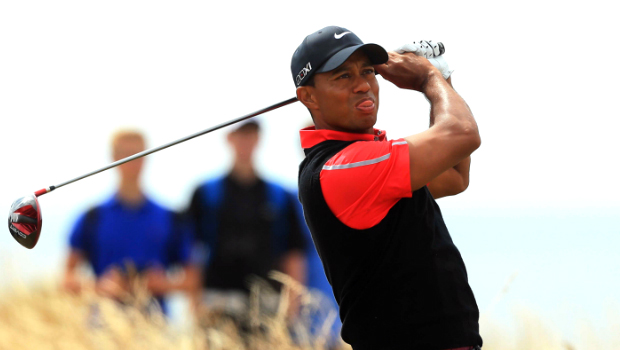 Jack Nicklaus says he is now unsure if Tiger Woods will be able to break his record of 18 major titles ahead of US PGA Championship.

Nicklaus’ tally had previously appeared  insurmountable before Woods came along, but after winning his 14th major at the 2008 US Open it looked as if it was only a matter of time before Tiger passed the landmark.

However, after his well-publicised fall from grace towards the end of 2009, the golfing landscape has changed hugely and the American no longer carries the same aura around with him on the course.

Whereas before he was almost expected to win whenever he teed it up and if he lost it was due to him playing badly, he has been outplayed by a number of his rivals over the last few years who have thrived in Woods’ absence from the top of the game.

It was again apparent at last week’s Open Championship where despite being amongst the leaders for most of the tournament, he failed to make his move on final day, carding a disappointing three-over 74.

Woods has shown signs of returning to his old ways at times this year, winning four times, but is still to claim his first major title since the revelations about his private life.

Nicklaus admits that going into the final major of the year he is unsure if Woods will ever regain the toughness he previously displayed.

“I don’t know what is happening in his head, between his ears,” Nicklaus said.”Each person handles things differently.

“Certainly, winning four times this year he had to have something that was working properly between the ears coming down the stretch in those tournaments.

“Something prevented him from winning the majors that have been played so far.”