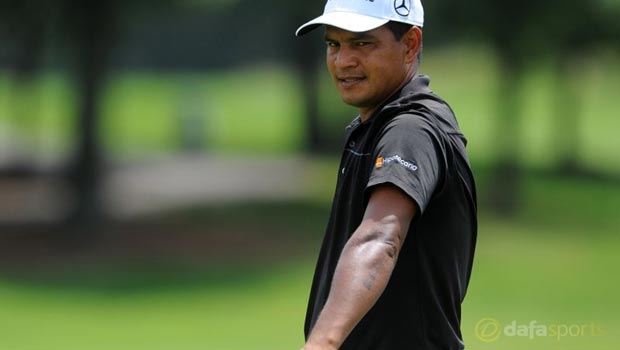 Fabian Gomez of Argentina was an unlikely first-time winner on the PGA Tour on Sunday as he denied England’s Greg Owen a breakthrough success at the FedEx St Jude Classic.

The 36-year-old started the final round tied with Owen at the top of a crowded leaderboard on nine-under with 23 players within four strokes – but finished with a four-stroke win that was the largest at the TPC Southwind event since 2009 with a 13-under 267 total after shooting a four-under 66.

The win marked his first PGA title on the occasion of his 70th start and saw him become the fifth champion from Argentina, joining mentor Jose Coceres, Angel Cabrera, Andres Romero and Roberto De Vicenzo.

“That list for me is an honour, and we share many, many weeks with Andres, Angel,” Gomez told reporters through a translator.

“When they play on the tour the same week with me, we share some barbecue. We had one last night, and I know that they are going to be happy for this situation right now.”

In 69 previous PGA Tour events, Gomez had only three top-10 finishes but his victory in Memphis guaranteed him a spot in the PGA Championship and 2016 Masters, as well as his card for the 2016-17 season.

Mickelson is currently priced 29.00 in the British Open 2015 outright competition winner betting, with the tournament to be played at St Andrews from July 16-19.