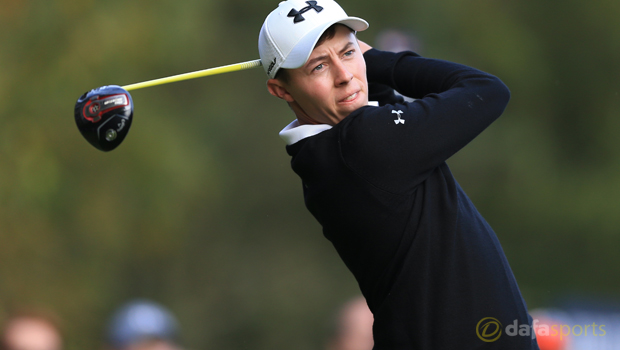 Matthew Fitzpatrick is hoping he can catch the eye of European Ryder Cup captain Darren Clarke when making his debut in the WGC-Dell Match Play Championship.

The coveted tournament gets underway at Austin Country Club in Texas on Wednesday as the world’s best golfers go toe-to-toe in search of the prestigious title.

Northern Irishman Rory McIlroy is the defending champion, having defeated American Gary Woodland 4&2 in the final at TPC Harding Park in California.

Fitzpatrick, who turned professional after finishing tied-48th at the 2014 US Open, has been drawn in Group 9 with the American trio of Patrick Reed, Phil Mickelson and Daniel Berger.

The 21-year-old secured a maiden European Tour victory at the 2015 British Masters after ending up two strokes ahead of runners-up Shane Lowry, Fabrizio Zanotti and Soren Kjeldsen.

Another nine top-10 finishes, that included a third place at the Czech Masters and a second in the Omega European Masters, were also recorded by the Sheffield-born star.

Fitzpatrick, who has climbed to world number 44, is looking forward to taking on some of the big guns and showcasing his credentials for the a Ryder Cup spot for the event at Hazeltine.

“It’s a good opportunity to maybe do a bit of a giant-killing – that’s the plan anyway,” he said. “It would be pretty cool and it would bode well for the Ryder Cup.”

A strong performance for Fitzpatrick would be just the tonic needed leading up to the Masters at Augusta National in April, where he is a big outside shot at 151.00 to clinch the green jacket.

McIlroy will also be hoping to gather some momentum to complete the Grand Slam and he is joint-favourite at 8.00 alongside defending champion Jordan Spieth.