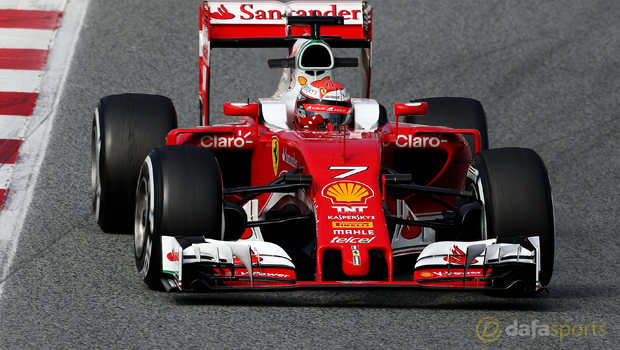 Kimi Raikkonen is confident Ferrari can replicate the race pace shown in Australia when the action heads to Bahrain.

The 2016 campaign kicked off last Sunday at Albert Park and, unsurprisingly, it was the Mercedes duo that ended up taking the first two places on the podium.

However, defending champion Lewis Hamilton had to settle for second place after enduring a poor start from pole as Nico Rosberg opened up with a win.

Sebastian Vettel, in his second season in the famous red colours of Ferrari, did manage to fill the last spot on the podium although it could have been so much better.

The German led the race in the early stages but a strategy error from the team after McLaren’s Fernando Alonso had been involved in a huge crash allowed the Silver Arrows to claw their way back into contention.

Ferrari will be buoyed by their performance and there have been clear improvements made to the car over winter and in pre-season tests.

Raikkonen was forced to retire from the race after just 23 laps but that has not knocked his confidence heading to Bahrain.

The Finn finished second in last year’s edition and expects another strong display after recent events Down Under.

“Speed-wise it is a completely different circuit to here, with different conditions, but I don’t see why suddenly it should change an awful lot,” he said. “So let’s wait and see what we should do.”

Raikkonen is a big outside shot to win the World Championship at 34.00 while team-mate Vettel is 5.50.

Hamilton still remains the favourite at 1.53 but Rosberg is following closely behind at 3.00 after striking the first blow of 2016.