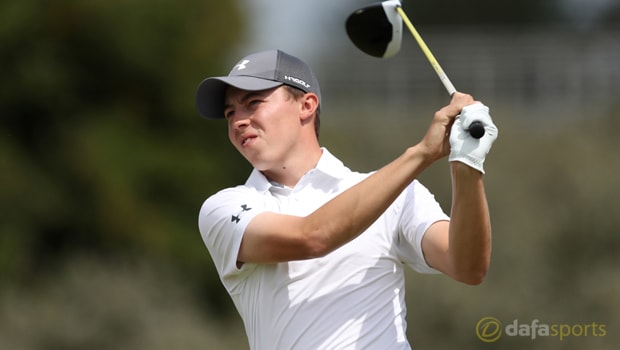 Matthew Fitzpatrick says his Omega European Masters victory has provided a timely confidence boost with the DP World Tour Championship on the horizon.

Fitzpatrick shot a fantastic six-under-par 64 in Switzerland on Sunday to set the clubhouse lead on -14 and, when Australian Scott Hend could only par the last, a play-off was needed.

Having traded pars at the first two extra holes, something finally give at the third time of asking down the 18th hole as the Englishman holed a two-foot putt to clinch victory.

Unfortunately, this is the second straight year Hend has lost in a play-off at the European Masters, having been beaten by Sweden’s Alexander Noren at the first extra-hole in 2016.

Fitzpatrick, who now has four European Tour titles to his name, has now climbed to 12th in the Race To Dubai standings whilst he has jumped 15 places up the world rankings from 48th to 33rd.

The 23-year-old is now turning his attentions to the final European events and hopefully enjoying a successful defence of his DP World Tour Championship – a tournament he won by one stroke last year.

“I’m really looking forward to getting back to the DP World Tour Championship to defend my title and now that I’ve won, my confidence is higher than it has been all season,” Fitzpatrick said.

“Hopefully I can keep this momentum heading into the final four events of the season and then be ready to put in a strong title defence at Jumeirah Golf Estates.”

Fitzpatrick is still searching for a maiden major and he is priced at 81.00 to win the 2018 Masters whilst the American pair of Jordan Spieth and Dustin Johnson are joint 8.00 favourites.