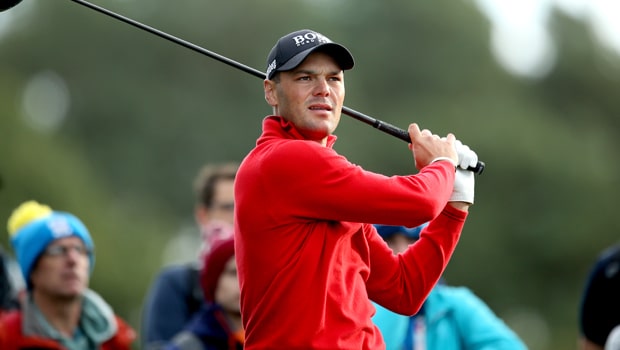 German Martin Kaymer says fans should be in for an ‘exciting’ Sunday as he tries to hold onto his two-shot lead during the final round of the Memorial Tournament.

The American sits alongside fellow countryman Patrick Cantlay, while Japan’s Hideki Matsuyama fired the best score of the day, with his 64 helping him move level.

England’s Justin Rose fired a 71 to move into 10th but he looks out of contention after failing to take his opportunities.

Kaymer, 2.80 to win, has not won since the 2014 US Open but after firing six birdies on Saturday at Muirfield Village, he is confident of going all the way.

“I really enjoy playing this golf course,” Kaymer told Sky Sports. “I hit a lot fairways, my short game is where it should be and I think it’ll be an exciting Sunday.”

Scott’s experience will give him a great chance this weekend, but he has also failed to shine on the PGA Tour in recent years.

The Australian has not won since winning back-to-back events in 2016 and Scott says he can keep his composure and get the job done this weekend, with punters able to back him at odds of 3.60.

He told the PGA Tour: “I’m just going to play as good as I can tomorrow. I like where it’s all at.

I feel like the last few times I’ve been in with a chance, going back to the PGA Championship last year, I felt comfortable. So I’m not worried.

“I feel like this is the spot I’m meant to be. … I feel like my game is at a level that if I put it all together properly and control myself out there, I can win.”