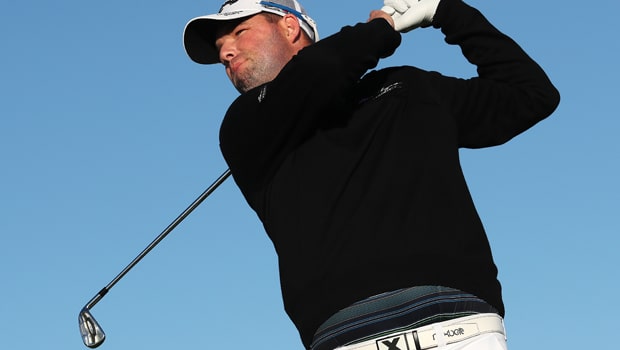 Australia’s Marc Leishman and big-hitting American Gary Woodland (5.00) will take a one-shot lead into the third round of the CIMB Classic after reaching -14 in Malaysia.

Leishman (5.50) carded a sensational error-free 10-under-par 62 but was outdone by Woodland, whose 61 was also without a bogey throughout the 18 holes.

In good conditions for scoring, it was birdie-fest in the Far East, with England’s Ryder Cup star Paul Casey (6.00) signing for an eight-under-par 64 to sit on -13 alongside India’s Shubhankar Sharma (15.00).

A trio of US stars – Austin Cook, Bronson Burgoon and Scott Piercey – are still well in contention on -12, with Nick Watney and Kevin Chappell a further shot back.

They are all staring up at Woodland and Leishman and the latter is hoping for more of the same over the weekend. “I just want to keep doing what I’m doing,” said Leishman.

“Hopefully I can keep on driving it like I did today for the next two days and then keep rolling the putts in.

“I made most of the putts you should make, I didn’t hole any really long ones. H

opefully I can keep the putter hot.” There is no cut for the 72-man field and therefore the opportunity for someone to come from the chasing pack to claim the spoils on Sunday.

Five players reached -10 at the halfway stage, with JB Holmes and Billy Horschel among the group, while former world number one Justin Thomas (10.00), who is looking to win the event for a third time, is five strokes off the lead.