‘Lucky’ Mickelson starts with a 60 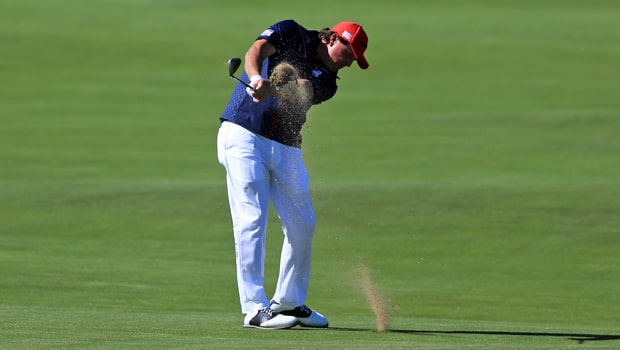 Despite starting 2019 with low expectations, Phil Mickelson began with a 60 to take a three-shot lead after round one of the Desert Classic in California.

The five-time major champion shot 10 birdies and an eagle during a blemish-free day on the par-72 course at La Quinta. Indeed, bar a birdie putt on his penultimate hole that missed by a tiny fraction, the veteran might have carded his first ever 59 on Tour.

The 48-year-old, with two previous 60s – at the Waste Management Phoenix Open in 2005 and 2013 – had not been in competitive action since he defeated Tiger Woods in a Las Vegas duel on Thanksgiving.

Mickelson’s closest challenger, compatriot Adam Long, is three shots off the pace after carding a nine-under 63 on the Nicklaus course. Defending champion Jon Rahm shot six-under par on the La Quinta course in his first round.

The Desert Classic is played across three courses over the four days, with the PGA Tour stars mixing with celebrities in the pro-am event.

Mickelson seemingly wasn’t starting out with high hopes in his first competitive round of the new year.

“It was a kind of a lucky day for me in the sense that I did not feel sharp heading in,” Mickelson said.

“I haven’t really had the intense practice sessions that I would like but I felt like all parts were okay and it just clicked… and the bad shots that I hit I got away with.

“It was a fun day but I certainly did not expect this to be the case, but I’m also excited to start the year, so I was fresh.” Mickelson can be backed at 4.00 to win the Desert Classic this week.