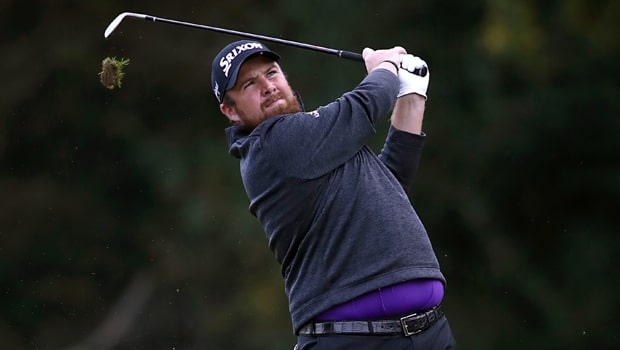 Shane Lowry battled the elements to card a one-over par final-round 72 at Royal Portrush as he won the 148th Open Championship by six shots from Tommy Fleetwood.

The Irishman, playing in front of a raucous home crowed at the Co Antrim links, entered the final round with a four-shot advantage and, despite a nervy opening, rarely looked like being caught. Lowry bogeyed the opening hole – sinking an 8ft putt in doing so after playing partner Fleetwood had spurned a birdie chance – to see his lead down to three.

The Englishman missed another decent birdie chance on the par-five second that would have trimmed the lead still further and, from there, Lowry was in the driving seat. Eight of the top-10 failed to break par in the testing conditions as wind and rain battered the Dunluce course.

Lowry fired a hat-trick of birdies from the fourth through seventh holes to establish a six-shot gap for the first time. He would give them back with bogeys at the eighth, ninth and 11th holes but, with most struggling, he was maintaining his healthy advantage.

He led by six on the home straight after a birdie at the 15th and Lowry was able to cruise over the winning line amid scenes of joy around the 18th green. “It’s like an out of body experience! I was so calm coming down the last, I cannot believe it. The weather was awful but I had a look around, and everyone was struggling.

It became a two horse race with Tommy, and I just tried to focus on staying ahead,” Lowry told Sky Sports. “It’s just incredible to be sitting here with a trophy in front of me. Look at the names on it. I couldn’t believe that it was me. I couldn’t believe it was happening.

“I think a lot of people made the last-minute journey up here because I was leading and it was great out there today.” Lowry is 67.00 to win The Masters in April, golf’s next Major championship.