Posted by Jason Stepford on February 4, 2015 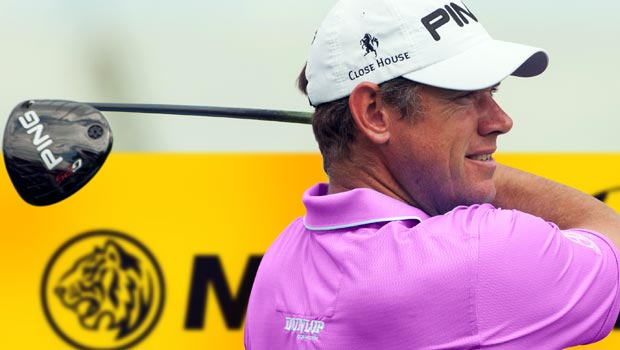 Lee Westwood is feeling in good shape as he looks to retain his Malaysian Open title at Kuala Lumpur Golf & Country Club this week.

The 41-year-old Englishman, who also won the title in 1997 before it became an established part of the European Tour two years later, never looked back in last year’s tournament when he fired an opening-round 65 before going on to win the title by seven shots.

And, after a final-round level-par 72 left Westwood settling for a top-10 finish in last weekend’s Dubai Desert Classic – as opposed to battling it out with Rory McIlroy for the title – he feels his game is not far off the mark at the start of 2015.

Westwood will have to see off the challenge of a competitive field, which includes European Ryder Cup stars Victor Dubuisson and Stephen Gallacher, plus Thailand’s two-time champion Thongchai Jaidee, but he is in a confident mood.

He said: “I am looking forward to going back there. It’s obviously a golf course I play very well on and it’ll be nice to go back and defend. It’s always nice going back to defend a tournament.

“I think any time you pull away from a field and win by a lot, it’s very satisfying. It was great to win by a few and it’s nice to play the last few holes with a big cushion.

“I’m pleased with the way that I’m playing and if you go back to a course on which you’ve won, you feel like it suits you. Malaysia is a nice place to go play golf, even if it can be a little hot, but I cope well with sticky conditions and it will be a good week no doubt.”

Westwood is 7.00 to win the Malaysian Open outright, while any other player can be backed at 3.10.