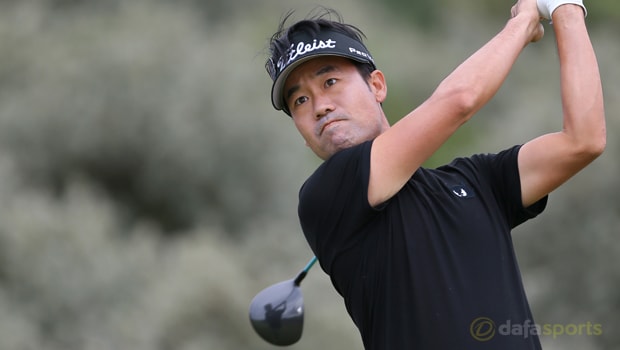 Kevin Na holds a one-shot lead following the opening round of the Fort Worth Invitational on Thursday.

The American, who is priced at 8.00 to claim overall glory in Texas this week, carded an unblemished round of 62 to move onto eight-under-par for the tournament.

The highlight of Na’s round came at his final hole of the day, the par four ninth, when, after two wayward shots, he managed to chip home from the rough to secure a birdie that gave him the outright lead heading into day two.

Colonial Country Club certainly appears to be a course Na enjoys playing, as this is the third time he has held the first round lead at the venue, although he was quick to point out that he has never gone on to claim the title.

“This is a great golf course for me. Every year I come here I have high, high expectations,” Na told the PGA Tour website, before revealing a fact that had been relayed by a PGA TOUR media official.

“Did you hear what he said? I’ve had the lead a few times. He never said I won, did he?” Indeed, Na’s best finish at the tournament was a tie for seventh in 2007, while it is nearly seven years since he claimed his one and only PGA Tour victory at the Shriners Hospitals for Children Open.

Charley Hoffman is Na’s nearest rival, as he also shot an unblemished round to move onto seven-under-par, while a group of four players, Jhonattan Vegas, Emiliano Grillo, Andrew Putnam and Beau Hossler, are all a shot further back.