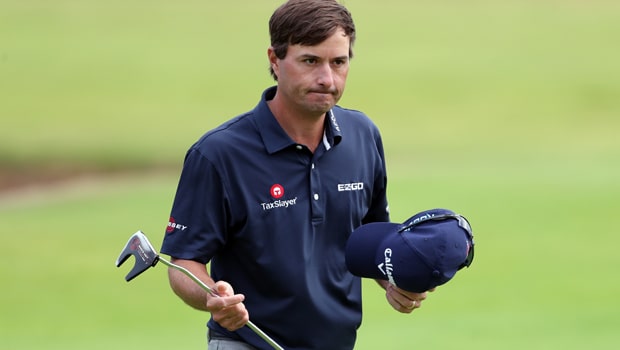 Kevin Kisner has won his first World Golf Championship title after claiming a 3&2 victory over Matt Kuchar in the final of the WGC-Dell Technologies Match Play on Sunday.

The American had lost in the final of the competition to Bubba Watson 12 months ago, but he made no mistake this time around, as he established a lead at the first hole, and, despite briefly drawing level at the par-four fifth, Kuchar never looked like troubling his compatriot.

Kisner, who came into the tournament in Austin, as the 48th seed, was certainly pleased to close out the victory after a long week that had seen him win six of his seven matches.

“It was a long week. I prevailed. And I’m a world golf champion,” Kisner told the PGA Tour website.

The 35-year-old had booked his place in the final with a one-up victory over Open champion Francesco Molinari in the last four, while Kuchar had also left it similarly late to see off Tiger Woods’ conqueror Lucas Bjerregaard in the other semi-final.

Molinari went on to claim a 4&2 victory over Bjerregaard in the third-place playoff, but it was Kisner’s day, as he celebrated his first victory on the PGA Tour since winning the Dean & DeLuca Invitational in May 2017.

The world number 25 will be hoping he is hitting top form at the right time with the Masters set to get underway later this month.

Kisner has never finished higher than a tie for 28th at Augusta, but he is priced at 67.00 to break his major duck at this year’s event.