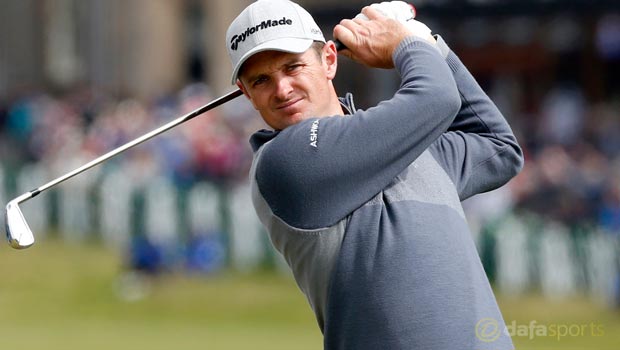 Justin Rose remains optimistic that his best days are still ahead of him but knows that it will difficult for him to add to his one major success – the 2013 US Open.

He admits that, at the age of 35, he faces a massive challenge from a host of young players including Jordan Spieth, who won the Masters and the US Open earlier this year, Rory McIlroy and Jason Day, who triumphed at last week’s US PGA Championship.

Rose has been this year’s nearly-man at the majors, finishing second at Augusta in April, despite firing an impressive 14-under par, tied for sixth at the Open Championship at St Andrews, and fourth in the US PGA, six shots behind Day.

Rose only managed to finish 27th at the US Open but says he has been extremely pleased with his consistency in the major tournaments of late.

The world number five said: “I’ve played the best golf of my life since I turned 30. I’m still hoping that my best golf is ahead of me but, at the same time, you look at the future and everybody’s getting younger. It’s the start of a new era of golf.

“Sometimes it’s just a case of knocking on the door, and I’m going to create many more chances to win major championships. I’m going to win some, I’m going to lose some, but the door is going to open again.”

Meanwhile, Adam Scott can be backed at 19.00 to win this week’s Wyndham Championship outright.