Justin Rose confident as he sets major goals for 2017 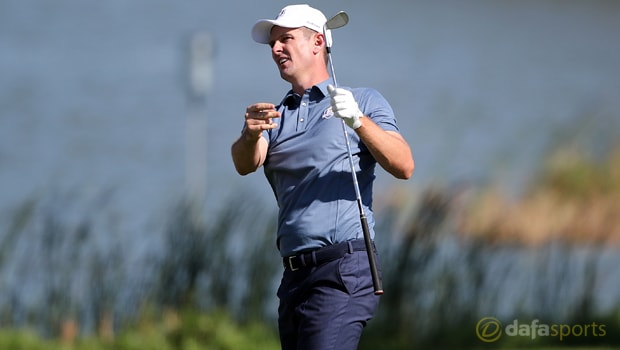 Justin Rose is confident that he will put himself in a position to win major championships in the year ahead and says he will ‘single out’ golf’s four marquee events.

Like so many of his peers, Rose says the four majors are the tournaments that matter most and the Englishman feels his game is now trending towards being in peak shape for the biggest tests.

The first major of 2017 comes up with the Masters at Augusta National in April. Rose won the US Open at Merion in 2013 and would also finish in a share of second at Augusta in 2015.

Last term however was something of a disappointment, with a tied-10th finish in the Masters his best effort.

Rose finished outside the top-twenty in the Open and USPGA Championships, while he missed the cut at the US Open.

He told the European Tour website he has no doubts about the key goals for the year ahead. “My goals for 2017 are to put myself into real contention to win major championships again.

Those are the tournaments that I want to win the most and the ones that I single out. I feel good about the year ahead and feel like I am trending towards that kind of form,” he said.

While 2016 brought no major success for Rose, he did land Olympic gold on golf’s return to the Games in Rio.

The 36-year-old hailed the return as a success and said Olympic golf is vital for future development of the sport.

“When it got going, all the negativity disappeared and people really loved it. It really resonated with the golfing public, which is what we need to do,” he added.

“We need to keep our fans happy and also grow the game at grass roots level and the Olympics can really help that.”

Rose is 29.00 to win the Masters at Augusta this year. World number one Jason Day is 9.00 while US Open champion Dustin Johnson is 11.00.