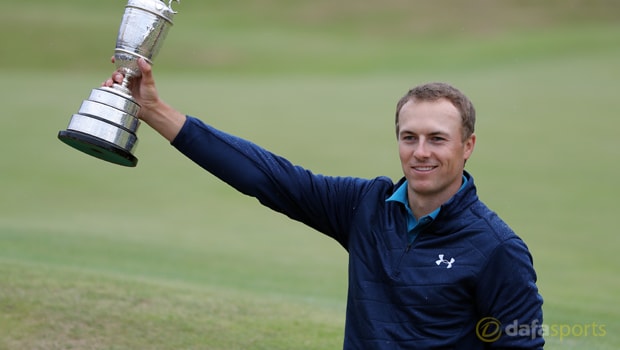 Jordan Spieth has set his sights on securing a career Grand Slam after he claimed Open Championship glory at Royal Birkdale on Sunday.

The American finished three strokes clear of Matt Kucher to claim his third major title, adding to the successes he enjoyed at the Masters and the US Open in 2015.

The 23-year-old now only needs to win the PGA Championship to claim a career Grand Slam and he won’t have to wait long for his first attempt at achieving that feat, as the final major of the year is set to get underway at Quail Hollow Club on August 10.

Spieth, who would also become the youngest ever winner of all four majors if he emerges victorious next month, admits it has always been a career goal to claim the Grand Slam of golf.

“Growing up playing golf, I just wanted to be able to play in major championships and compete with the best in the world, and things have happened very quickly.”

The world number two is only the second player, after Jack Nicklaus, to win three of the four majors before the age of 24, but he has quickly dismissed comparisons between himself and the best players to have ever played the game.

“I’ve answered this question a few times a couple years ago, so I’ll be careful with my answer,” he added. “It’s amazing.

I feel blessed to be able to play the game I love, but I don’t think that comparisons are appropriate or necessary.”