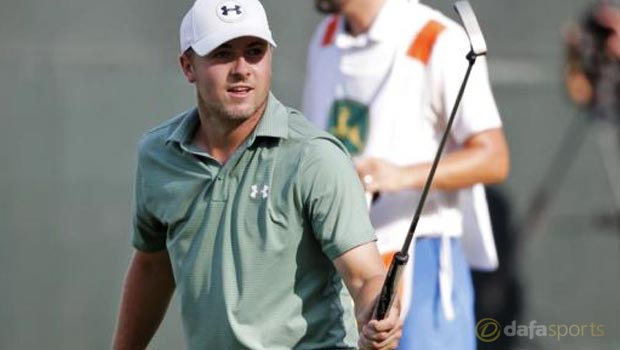 Jordan Spieth is growing in confidence for the Open Championship after a superb second round at the John Deere Classic.

The US Open and Masters champion followed up his surprise first-round 71 with a seven-under-par 64 on Friday to move back into contention in Illinois.

The 21-year-old’s performance restored his position as favourite to win the Open, with many questioning his preparations after a subdued first round.

But now he is back at his best, with Spieth is talking up his chances of glory at St Andrews.

“I made a big step forward,” he said. “I wasn’t feeling great after yesterday. But to come out today and shoot a solid round gives me a lot of confidence in my preparations for next week.”

Spieth’s chances of winning a third major title of the year at the Open were boosted last week when Rory McIlroy was ruled out of the tournament with an ankle injury.

It leaves Spieth the clear favourite at 6.00, with second-favourite Justin Rose at 15.00.

Despite carding back-to-back 66s, the 2013 US Open champion is hoping to further improve his game before heading to St Andrews next week.

“There were definitely some good elements out there, but I would say I’m running about 50 per cent,” Rose told the Scotsman.

“I just want to get clearer with my pre-shot routine and feel more free over the putter. Just get that freedom, which is what you are going to need down the stretch in a major.”