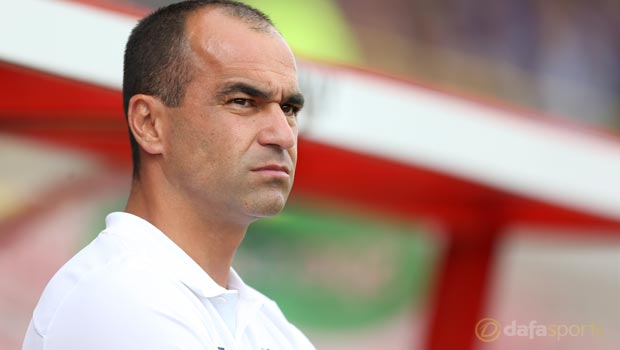 Everton manager Roberto Martinez hopes to bring in at least two new signings before the end of the transfer window.

The Toffees are looking to get their transfer business done early this summer and have already wrapped up two major deals, signing Tom Cleverley on a free from Manchester United and Gerard Deulofeu from Barcelona for £4.2million.

The activity is not about to stop there, however, with the club keen to strengthen a squad that only managed an 11th-place finish in the Premier League last season.

“We always like to assess and re-assess and try to get better, and during the period of the window you can do that,” said Martinez.

“It was very important that we could get our business done early on and clearly that was to get two important targets for us.

“Gerard Deulofeu and Tom Cleverley are two players that are very, very important for the future of our football club and they’re going to bring aspects that will benefit us this season.

“But then we’re still looking in a couple of positions that we’re going to be bringing in the right characters that are going to help the group we already have in place.”

Martinez is reportedly on the lookout for a new defender following the departure of Sylvain Distin to newly-promoted Bournemouth, however he was beaten to the signing of Angelo Ogbonna by West Ham who captured the former Juventus defender for around £10million on Friday.

Everton have also been strongly linked with Arsenal goalkeeper David Ospina, who has himself confirmed a switch to Goodison Park could materialise in the near future.

“They [Everton] are a very competitive team, which showed significant things during the last season,” said Ospina.
“With a good manager and they play good football, it is a team to take into account and a great possibility.”

Everton kick-off the new Premier League season at home to Watford on August 8 and are priced at 1.70 to get off to a winning start against the Hornets.