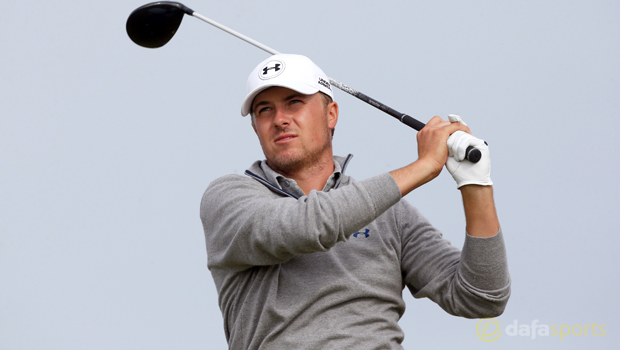 Jordan Spieth is determined to build on his successful 2015 and heads into the season-opening Hyundai Tournament of Champions looking to improve his game.

The 22-year-old American enjoyed a wire-to-wire win at the Masters, adding a one-shot victory at the US Open to make it back-to-back major titles, while he also finished second at the PGA Championship and tied for fourth at the Open Championship.

It was enough for Spieth to finish the year as world number one, but he is not resting on his laurels and wants to win more tournaments this year.

Ahead of this week’s tournament in Hawaii, which sees a limited 32-man field made up of last season’s PGA Tour winners battle it out at the Kapalua Plantation GC, Spieth said: “What’s a great year for me? Last year! For me, I’m not even thinking of it as a New Year.

“I’m just thinking that we had a three-week break and we’re just continuing to hopefully stay at the same level.

“I reflected on how fantastic last season was, and then I sat down and Cameron (McCormick, Spieth’s coach) and I went through how we can improve.

“We just nailed down specifics on what I need to work on each week and we kind of picked a plan that I’m going to go through each week.

“If I can get there (in contention on a Sunday) at least a couple times this year again, that means that our plan building up to the majors is continuing to work, and then it comes down to each individual event, being able to close them out.”

Spieth is 5.25 to win the Hyundai Tournament of Champions.