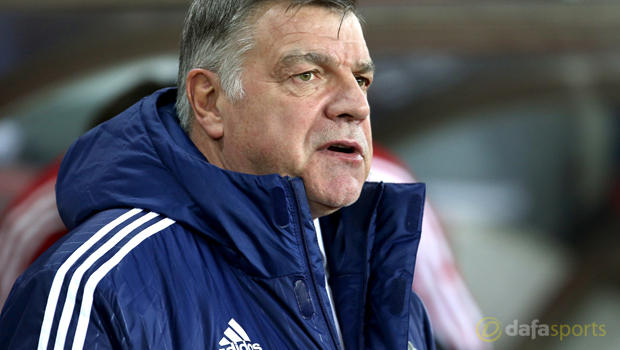 Sunderland boss Sam Allardyce has confirmed that he will give some of his fringe players the chance to shine in the FA Cup third-round tie at Arsenal on Saturday because his priority is on Premier League survival.

The Black Cats travel to the Emirates Stadium to face Arsene Wenger’s Premier League leaders knowing they face a difficult task if they are going to progress in this season’s competition.

However Allardyce has admitted that, with league games coming thick and fast, he will be unable to field his best team in the game this weekend.

Second-bottom Sunderland will travel to face fellow strugglers Swansea at the Liberty Stadium knowing a victory will move them to within a point of the South Wales outfit who currently occupy the final position of safety in the league.

Therefore Allardyce has stressed the importance of having his first-choice players fit and available to feature in that game.

“So there is room for those players to go out and perform at a very high level which we’ll have to do at Arsenal to try and get a result.

“And if you can stay in the FA Cup that’d be great, but unfortunately I have to consider the fact that we play Swansea away in midweek after that and then play Tottenham away after that.

“So we’re probably facing the hardest week of the season, well in less than seven days actually, and they’re all away.”