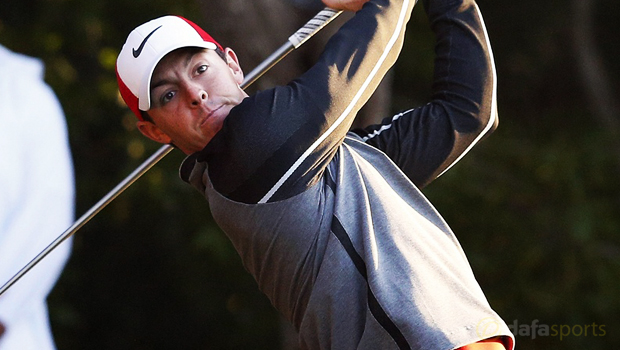 Jordan Spieth believes Rory McIlroy has already found his A-game after starting his season in style at the Abu Dhabi Golf Championship.

World number one Spieth and world number three McIlroy were paired together in the opening round in the UAE and both men made strong starts to a tournament where the Northern Irishman has finished as runner-up on four occasions.

Spieth was solid as he recorded an opening four-under-par 68, while McIlroy, making his first appearance of the year, made eight birdies and two bogeys in a 66 which placed him close to the head of the field.

Spieth was more than impressed with the form shown by McIlroy, telling the European Tour’s website: “It was a masterclass, the Rory that I have seen win major championships.

“It was very impressive and minus one or two short putts, which is mainly just rust – it felt like he was on his A-game.”

McIlroy’s fine start to 2016 saw him finish one shot behind Ryder Cup colleague Henrik Stenson, who dropped a shot at his final hole to record a seven-under-par 65, one shot adrift of American amateur star Bryson DeChambeau.

Stenson’s effort was equally as impressive as that of McIlroy, with the Swede having undergone knee surgery around six weeks ago.

Having played in the Ryder Cup in 2006, 2008 and 2014, Stenson will be keen to secure a place in Darren Clarke’s European team for the clash with the United Sates at Hazeltine, Minnesota which starts on September 30.