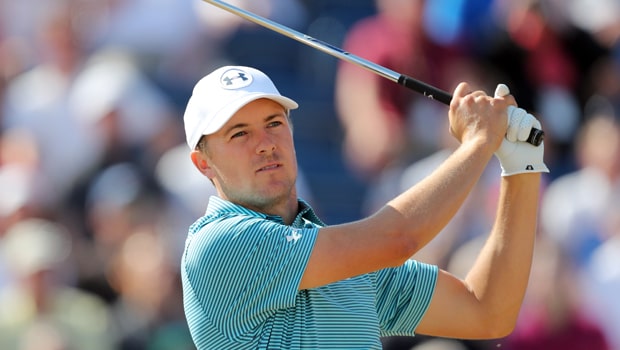 Jordan Spieth says his “expectations are high” heading into the Masters despite indifferent form over the past 12 months.

The American is a former champion at Augusta having claimed a Green Jacket in 2015, while he finished third at last year’s event, two strokes behind winner Patrick Reed following an impressive final round of 64.

However, things have not gone so smoothly for the 25-year-old since that near miss, with only one top-10 finish over the last 12 months,while he is yet to claim a top-20 finish this year.

There were some signs of an improvement at last week’s Valero Texas Open as back-to-back rounds of 68 had put him in contention at TPC San Antonio before he faded over the weekend, and he insists his game is in better shape than it seems heading into the Masters.

“My expectations are high this week,” Spieth told reporters. “I feel great about the state of my game right now. I feel like my recent results aren’t a tell of where my game is actually at, and I feel I’ve made a lot of strides in the last couple days in the tee‑to‑green game.”

The world number 33 is also happy to come into this week’s tournament “under the radar”, although he knows that will change if he enjoys an impressive opening round on Thursday.

He added: “I don’t feel like there’s any added pressure this week. I feel kind of under the radar, which is really nice, and that changes day‑to‑day out here, though.”

Spieth, who will play alongside compatriot Brooks Koepka and Englishman Paul Casey during the opening two rounds, is priced at 21.00 to go on and claim his fourth major title this week.