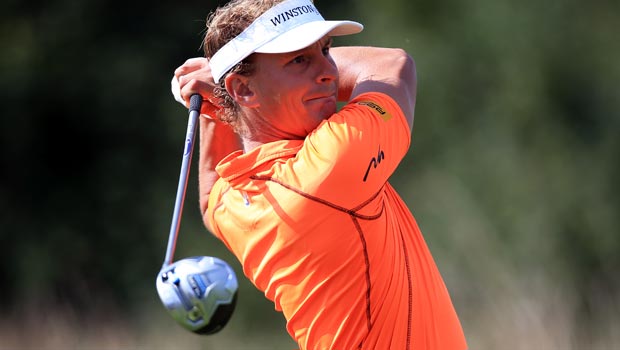 Joost Luiten is looking to make up for the disappointment of missing out on the Ryder Cup by securing the ISPS Handa Wales Open title and he will take a two-shot lead into the final round.

The Dutch ace had certainly been considered by Europe captain Paul McGinley as one of his wildcard selections, but ultimately lost out to Ian Poulter, Lee Westwood and Stephen Gallacher.

However, he has seemingly put the decision to the back of his mind to concentrate on matters on the course and fired a third-round 65 to move from a shot behind into a two-stroke lead at 14-under par.

Luiten – now the 1.85 favourite to lift the trophy – got his day off to a good start with birdies at the first, third and fifth holes before picking up shots at three of the last four to hold a healthy advantage with one round to play.

With the Ryder Cup getting underway next week, Luiten still has thoughts of the biennial tournament on his mind but remains philosophical about his omission from the European team.

“If you had these last couple of events counting for Ryder Cup qualification maybe I have a chance, but you know when the date ends and the qualification stops and you have to play well before that and I didn’t do that,” Luiten said. “You have to be realistic.
“I’m just happy that I’m playing good again and just want to keep going again.

“I’m happy with a good score today. I played solid, consistent, hit a lot of greens and holed some nice putts to start with. I didn’t really make a lot in the middle part, but came back strong at the end with three birdies on the last four, and I’m happy.

“You’re in the last group, the greens are not as good as in the morning maybe and you just have to be patient out on the greens. They are quite soft and you have to create chances every hole and they will go in eventually and luckily it did for me at the end.”

Overnight leader Shane Lowry, on offer at 4.50 to win, is the nearest challenger at -12, with France’s Gregory Havret and former champion Thongchai Jaidee (7.00) a shot further adrift in a share of third.