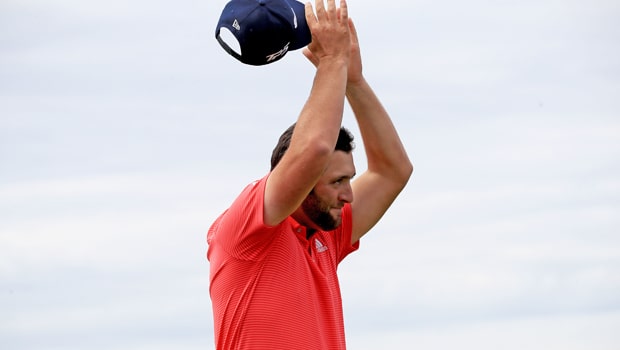 The Spaniard fired a stunning final-round 62 earlier this month to win at Lahinch, having previously triumphed at Portstewart in 2017. With The Open back at Royal Portrush – just a few miles from Portstewart – for the first time since 1951, Rahm hopes his previous experience will work in his favour.

Rahm has yet to make any sort of bid for glory in an Open Championship, finishing 59th at Royal Troon, 44th at Royal Birkdale and missing the cut at Carnoustie last year in his three appearances.

“If I ever have doubt, which I shouldn’t, I can always remind myself that I’ve been able to win twice here,” said Rahm.

“That’s the reason why I can get it done, and there are a lot of positives to take from it, and a lot of confidence in knowing that I’m more than capable to win an Open Championship, to win on a links golf course.”

The 24-year-old would dearly love to record his ninth career wins as a professional, and his third in Ireland, at Portrush this week. “The first time I played in Portstewart two years ago, the Irish crowd treated me very, very specially. I’ve had great support and it’s the closest I’ll ever feel to playing at home, without being at home, really.

That’s what I think makes it so special,” he added. Rahm starts his bid at 15:10 BST on Thursday alongside American duo Patrick Cantlay and Matt Kuchar. He is 2.38 to win that three-ball, with Kuchar 3.20 and Cantlay 2.80.