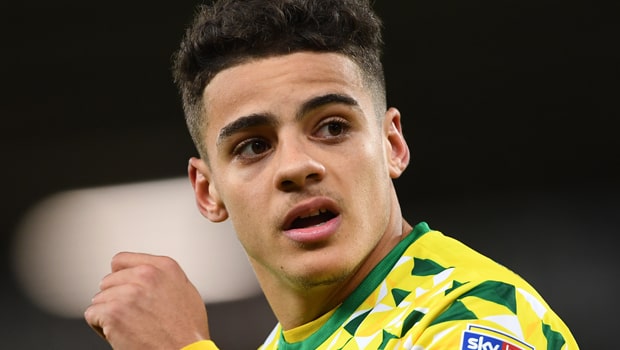 Max Aarons inked a new five-year contract with Norwich City and then admitted his rate of progress since breaking into the first team has shocked him.

The 19-year-old was drafted into the side at the beginning of last season and went on to become one of the stars of the Championship, with Aarons being named EFL Young Player of the Season after helping Norwich return to the Premier League as champions.

He made 43 appearances in all competitions, with 41 of those coming in the title-winning Championship campaign. Aarons was linked with a number of Premier League clubs this summer. However, the teenager is happy to have repaid Norwich’s belief in him by committing his immediate future to the club.

“The club has shown a lot of faith in me since I first joined the first-team set-up. For them to reward me with a new deal is brilliant,” he said.

“The progress [I’ve made] has been massive and gone really quickly. To think I was sat signing my first professional deal this time last year and being here now, it’s brilliant. “Like I’ve said many times, I had goals but I didn’t foresee them being anything like how it was last season.”

Aarons made his league debut in the East Anglian derby against Ipswich Town at Portman Road on September 2 last year. Now, he is relishing a daunting trip to Liverpool to start the top-flight campaign next month.

“As a player, you want to test yourself at the highest level. What better way to start away at Liverpool and it will be a challenge but there is more to be gained,” he added.

“We’ll go there with confidence and everyone has felt good in pre-season. By the time that first game comes, we’ll be ready.” Norwich are 17.00 to start with a win at Anfield, Liverpool are 1.17 and the draw is priced at 7.00.