Jon Rahm surprised at absence of Americans in Paris 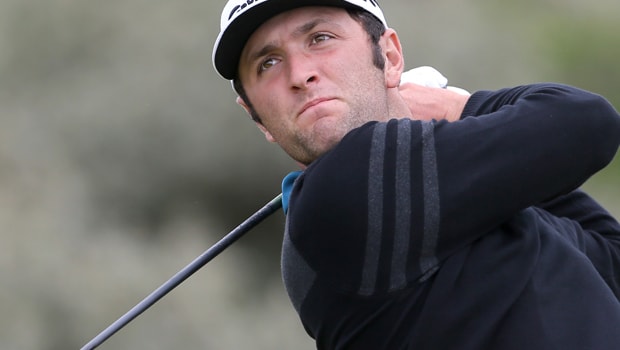 Jon Rahm anticipated more Americans would be teeing-up this week in the French Open at Le Golf National in Paris, as a reconnaissance for the Ryder Cup later this year.

Europe and the United States will lock horns just outside the French capital in three months’ time for the biennial team event and the Spaniard, set to be part of Thomas Bjorn’s party, felt more of the American contenders would come to sample the course.

Rahm is taking part at Le Golf National for the second year running after returning from his US base and he anticipated seeing more regular PGA Tour faces.

Both those ‘locked-in’ and the players trying to force their way into the thinking of captain Jim Furyk for his wildcards could have come to Europe this week, according to the world number five.

“I thought there would be more players from the American team,” said Rahm.

“I thought there were going to be at least four or five. And if it wasn’t the players that were already in guaranteed, maybe the people who are on the edge.

“I thought they were going to come to show their interest, and maybe if they had a good week, they can show that they can compete on this golf course.”

Europe are 2.15 to win back the Ryder Cup this year, with the United States favourites at 1.80 to win on European soil for the first time since The Belfry in 1993.

Rahm finished in a share of 10th place last year and he says Le Golf Nacional is already one of his favourite layouts anywhere in the world.

“It’s probably one of my favourite courses all year, not only European Tour but worldwide,” he added.

“From the first shot to the last it’s challenging and it’s beautiful and it’s not long. Just the beauty of it. It’s one of the courses that I enjoy the most.

“It’s not go to the tee, hit driver as hard as you can. It actually makes you think. You need to hit good golf shots and you pretty much need to hit every golf shot there is.”