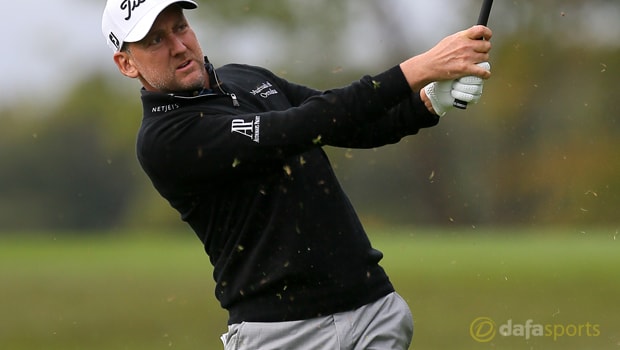 Ian Poulter is building confidence as he looks to make another strong bid for glory in the WGC–Dell Matchplay Championship in Austin, Texas.

Both of Poulter’s PGA Tour wins have come win World Gold Championships, having claimed this event in 2010 and the HSBC Champions in Shanghai two year later.

That victory was his most recent tour success and the Englishman is renowned for thriving in the heat of matchplay battle.

His Ryder Cup record is already a thing of legend and Poulter suggests the simplicity of matchplay is something he identifies with given there are fewer variables compared to regular tournaments golf.

He needs a quarter-final appearance in Texas to boost his chances of being at Augusta next month for the Masters and Poulter is clear on his goal this weekend.

“I’ve done it once before and I’ve come close as well other times. If you win your match, you know what the outcome is going to be [come Sunday].”

Poulter faces Kevin Chappell on Friday and knows that victory guarantees top spot in group nine and a last-16 berth.

He is using the putter he made famous during the 2012 Ryder Cup ‘Miracle at Medinah’ and felt he found something with the short stick during his win over Daniel Berger on Thursday.

“I noticed [from watching videos] that the ball position [at Medinah] was a little further back.

I feel like I want to put that ball back a little, and I did. I rolled it better this afternoon, hopefully that’s a trend and it keeps going in the right direction.”

Poulter is 2.00 to defeat Chappell on Friday and the Englishman is 26.00 to win the WGC–Dell Matchplay title this weekend.