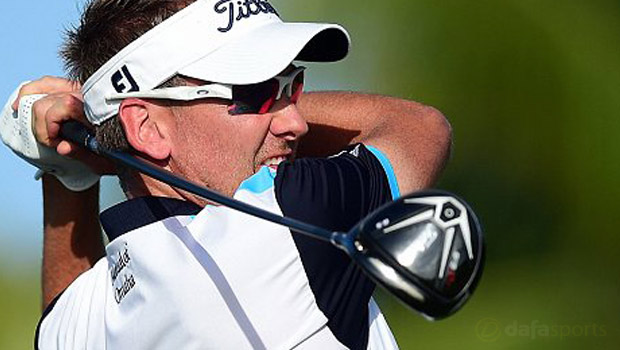 Ian Poulter is confident he can maintain his strong start and claim his first victory since 2012 at the Puerto Rico Open.

The Englishman will start Sunday’s round with a one-shot lead after his round of 68 on Saturday pushed him ahead of American trio Tony Finau, Jonathan Byrd and Steve Marino.

He followed his 66 on Friday with another superb round and two late birdies gave him the advantage going into the final 18 holes.

Poulter, priced at 3.80 to win the event, is making his debut in the tournament after his declining world ranking saw him miss out on a place in the WGC-Dell Match Play.

However, he once again showed his class as he tries to find form ahead of Masters next month. He looked in trouble at the last but made a good recovery to save par and the 40-year-old insists he is feeling good.

Poulter told Sky Sports: “We got here very late, early hours of Wednesday morning, but I felt comfortable. I like the windy conditions, it kind of takes me back to hitting some old-school shots and I feel comfortable on the course.

“The ball was kind of boring through that strong wind, so you’re still able to get good distance out there. But I’m happy. I’m happy how I’ve hung in there nicely.”

Finau, Marino and Byrd will be hopeful of still lifting the trophy themselves, while a number of players are still in contention going into the final day.

Finau’s 67 had originally given him the clubhouse lead, but Byrd (68) and Marino (69) are in a great position if Poulter slips up.

Overnight leader Rafael Campos made too many errors, finishing with a level-par 72 and he is now two shots behind on nine-under.