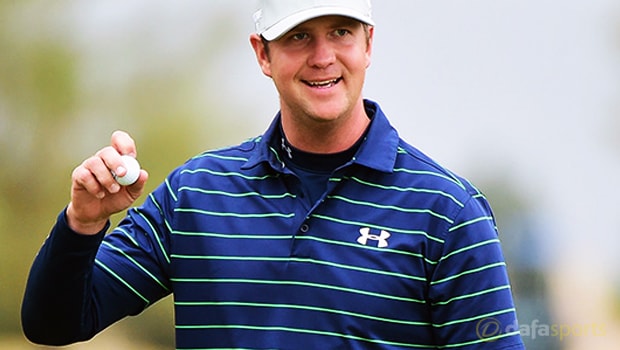 Hudson Swafford secured his first ever victory on the PGA Tour with a one-stroke triumph at the CareerBuilder Challenge on Sunday.

The American went into his final round two strokes off the pace and he fell further adrift of the leaders when he bogied his opening hole of the day.

The 29-year-old recovered from that setback by posting six birdies during the remainder of his round to finish on 20-under-par for the tournament, one stroke clear of overnight leader Adam Hadwin, who could not replicate his heroics of the third round, when he posted a score of 59.

Swafford, who is now up to a career-high 89 in the world rankings, admitted it was an unbelievable feeling to finally enter the winner’s circle.

“They don’t give them away out here. It’s not easy,” Swafford said. “I’ve been close. I’ve been in the heat lately.

Just keep putting myself in position, and this just feels unbelievable.” The Florida native’s victory was particularly impressive as he held his nerve to produce three birdies at his final four holes and he singled out the gains at 16 and 17 as being imperative to his victory, especially as he had dropped shots at both holes during his third round.

“Stepped up there and hit some really good shots on those two holes, knowing what happened yesterday,” Swafford said.

“I was just really confident on those two holes today. I knew the bad stuff on those holes were gone. I had already seen it, it had already happened, and just visualizing really good shots.”

Bud Cauley, who led at one stage of the final round, and Brian Harman finished in a tie for third on 18-under, while another American, Dominic Bozzelli finished fifth, one stroke further back.