Posted by Jason Stepford on February 1, 2019 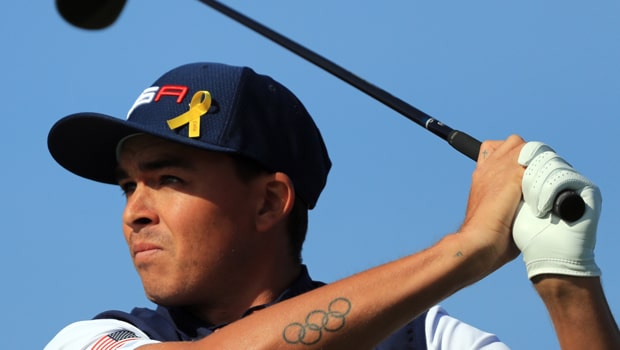 Rickie Fowler and Justin Thomas are among the early leaders at the Waste Management Phoenix Open and the duo hope to see plenty of each other this week.

The American stars are sharing a house during this week’s tournament and Fowler conceded he’d love to have outgunned Thomas on the final green, to nail the bragging rights at home.

Matching seven-under par 64s at TPC Scottsdale on Thursday were enough as it was to see Fowler and Thomas forcing the pace alongside Harold Varner III.

Scotland’s Martin Laird, a Phoenix resident and tournament specialist, lived up to his reputation with a six-under opener that put him one off the lead.

Byeong Hun An and Bubba Watson are in the group on five-under par while Jon Rahm, Matt Kuchar and Branden Grace are situated among a posse of 16 sitting on four-under par.

Fowler had a birdie try from 24 feet at the par-four 9th hole, his last, and he admitted he was desperate to see it fall in.

“I was really hoping I was going to make that last putt,” Fowler said.

“I hit it perfect and it kind of – I thought it was going to break a little more at the end, it didn’t. We’re sharing a house this week, so I wanted bragging rights at dinner tonight.”

The four-time PGA Tour winner made five birdies and an eagle while avoiding any dropped shots in round one. For his mind, Thomas was pleased with own start having sprinted through the pack with six birdies in seven holes at one point. Like Fowler, his card was bogey-free.

“I was in control of everything from tee to green,” Thomas said.

Thomas is now 4.00 favourite to win the Waste Management Phoenix Open, with Fowler 6.00 and Spaniard Rahm 10.00 after his pleasing start.