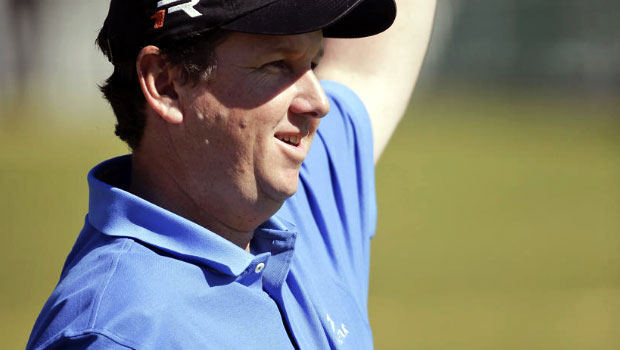 JJ Henry set a new course record on the opening day of the Shriners Hospitals for Children Open in Las Vegas, following a superb round of 60.

Henry began on the back nine and started slowly, picking up one birdie on the opening five holes, but began to pick up and made it to the turn on four under.

It was on the back nine were the fireworks really began as Henry picked up birdies at the second, fourth, fifth, sixth and eighth holes before he sunk a monster putt from just off the green to eagle the ninth.

Henry finished on 11 under and admitted afterwards that conditions were perfect for good low scoring golf.

“It was one of those days,” Henry, who started his round at 7.42am local time, told the PGA Tour website. “There wasn’t much wind and the greens were pretty soft. It was nice to make that putt on the last hole.

“I played solid on the front nine. It’s still pretty cold in the morning. I was just trying to get my feet wet and shoot a couple under par.”

Henry’s record at the tournament is not great having never finished better than 46th but he is now in a great position to go on and win.

The 38-year-old will have to keep the momentum going though as the three previous winners of the tournament have shot at least 20 under par.

“Any time you start with the round I had, it gives you a lot of confidence for the rest of the week,” added Henry.

Despite his heroics Henry is only one shot ahead of Andrews Romero, who finished a low scoring day on 10 under, while James Driscoll, Jonathan Bird and Jeff Overton are all eight under.