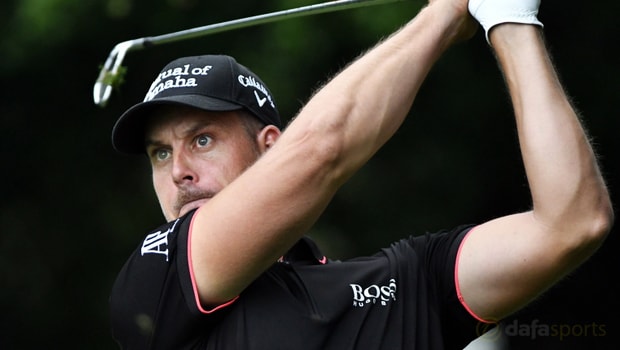 Henrik Stenson described 2016 as the best year of his career after he won the Race To Dubai for the second time.

The Swede carded a seven-under par final round of 65 at the Jumeirah Golf Estates, which was enough to force him into tied-ninth in the DP World Tour Championship and ensure he won the European Tour’s Order of Merit once again.

After a summer that saw him break his major duck with a scintillating success at the Open Championship, Stenson was in no doubt that 2016 had provided him with the biggest highs of his career so far.

“I’m very pleased to get my name on this trophy once again,” Stenson told Sky Sports. “It’s been a great year, the best year of my career.

“I’ve always thought it was going to be hard to top 2013, but I think I’ve done that this year.

Maybe not to the level of golf over six months, but certainly with the highlights of winning The Open, [winning silver at] the Olympics and managing to win The Race to Dubai again.”

Stenson admitted he wasn’t at his best during the final two events of the season but he felt he had done the hard work in terms of the Race To Dubai with his runner-up finish at last month’s HSBC Champions event in Shanghai.

That result heaped the pressure on rivals Danny Willett, Rory McIlroy and fellow Swede Alex Noren, while Stenson was able to ‘cruise home’.

“Luckily for me, I didn’t really win it this week here in Dubai or last week in South Africa,” he added.

“I knew I needed one really good week, and I managed to knock that one out early at HSBC. It’s been more of a cruise and seeing what the other guys do.”