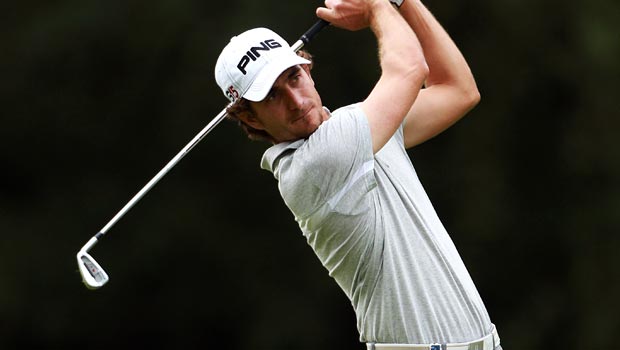 Alejandro Canizares picked up his first European Tour title win since 2006 in the Trophee Hassan II and immediately set his sights on more tournament success.

The 31-year-old Spaniard claimed he played some of the best golf of his career in Morocco as he never looked back after a first-round 62 to finish five shots ahead of the field on Sunday on 19-under par for the tournament.

It would have taken a disastrous final round for Canizares not to win at Golf du Palais Royal in Agadir given that he went into the final round with a healthy six-shot lead.

And despite a double-bogey on the 18th in his final hole of the tournament, Canizares still had a five-shot cushion over England’s Andy Sullivan who stormed through the field to seal second spot thanks to an impressive 63, which included birdies in his final four holes.

Sullivan’s fellow compatriot Seve Benson birdied the 18th to claim a share of third place with Sweden’s Magnus A Carlsson.
However, the day belonged to Canizares, who told Sky Sports: “It was a pity it ended like that, but who cares? I won the tournament so I am very happy.

“It’s a special moment. I can’t wait to get back home to celebrate with friends and family.

“It’s been a long time since the last win. It felt like it was never coming but this week I played great, some of the best golf of my career. I hit good shot after good shot and kept my focus.

“I was very accurate and solid with my irons. I left myself lots of chances and although I did not make all of them, the first day was the key. I putted great the first day, shot 10-under and just kept pushing on.

“Hopefully this is the first step for a little bit of improvement in my career. I have some stuff to work on and hopefully I improve little by little to the point where I can play golf as naturally as I did this week.”