Posted by Jason Stepford on September 2, 2013 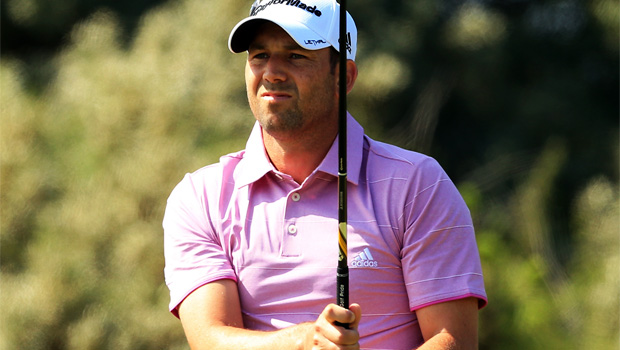 Sergio Garcia says he has to believe in himself going into the final round of Deutsche Bank Championship as he looks to hold on to a two-shot lead.

The Spaniard impressed in the third round when firing a six-under-par 65, to add to his previous rounds of 65 in the first round and 64 on day two.

The third round was suspended for more than hour following heavy rain but it did not break the concentration of Garcia, who offset a single bogey at 14 by posting seven birdies.

The 33-year-old leads nearest challenger Henrik Stenson, who followed up his 63 on Saturday with a 66, by two shots and says he now just has to keep his nerve to see out the win.

“We can’t control the weather,” Garcia revealed. “You’ve just got to go out there and try to play the best you can. And I was very happy to see that my best was six-under today.

“Hopefully I’ll be able to believe in (myself) in the way I’ve been believing this whole weekend. If I’m able to do that I should have a chance, a good chance of winning.

Canadian Graham DeLaet and American Steve Stricker are tied for third, three shots off the pace and well in contention going into the final 18 holes.

DeLaet could be the biggest threat after the Canadian completed the back nine in 30 shots on his way to an impressive 62.

“It was an incredible day,” said DeLaet, who finished in a tie for second at The Barclays last week.

“It’s one of those days that it doesn’t come along as often as you’d like,” he said.

“But it was one of those days where I was seeing the lines great and made pretty much every putt that I would expect to make, along with a couple of 20-footers.”