Francesco Molinari soars past the field at Bay Hill 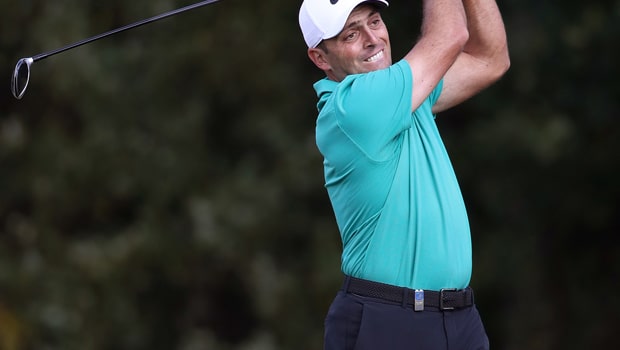 The Open champion made eight birdies in a flawless round to surge through the pack and set a clubhouse tally on 12-under par that the chasing pack never looked like matching.

England’s Matthew Fitzpatrick led by one shot going into the final round, though both he and playing partner Rory McIlroy struggled to get any forward momentum.

Fitzpatrick shot one-under, enough to take solo second behind Molinari, while McIlroy’s Sunday struggles continued as he carded a level-par effort that saw him drop into a share of sixth place with Matt Wallace, Kevin Mitchell and Sung Kang.

Ahead of them were Tommy Fleetwood, Rafael Cabrera-Bell and Sungjae Im, each impressing in the final round to share third spot.

There was no stopping the red-hot Italian, however, with Molinari equalling the low round of the week and emulating McIlroy’s 2018 final-round burst through the pack to take victory at Bay Hill.

An epic birdie from close to 44-feet on the final green sealed the win for Molinari, who rises to seventh in the world rankings with his latest success.

“I tried to be aggressive from the start and it was nice to see quite a lot of putts dropping, especially for my standards,” Molinari said.

“I think it’s been the best putting round ever in my career. And it’s nice to do it, obviously in those circumstances, at Arnie’s place.

“I don’t know, there must be something going on with that line (on the 18th), because it seems that a lot of guys winning the tournament make that putt.”

Molinari is 41.00 to win next month’s Masters at Augusta, while McIlroy is 11.00 to win the Green Jacket following his latest stalling Sunday.