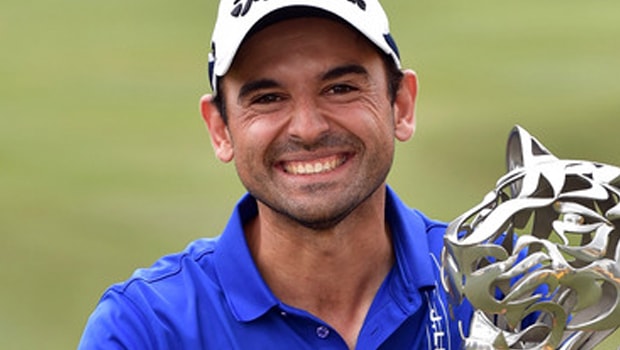 Fabrizio Zanotti managed to take advantage of overnight leader Danny Willett’s poor final round to produce a late surge and win the Maybank Championship in Malaysia on Sunday.

Zanotti had only just sneaked into the top 10 going into the last day of action at Saujana but a round which included seven birdies and one eagle at the last helped him win his first title since the 2014 BMW International Open.

He finished one shot in front of America’s David Lipsky, who was unable to find a birdie at the par-five last which would have forced a play-off.

England’s Willett was in a commanding position at the start of the day but wasted a three-shot lead and signed for a disappointing 73 on Sunday.

Austrian Bernd Wiesberger did enough to finish third one shot ahead of France’s Alexander Levy, while Willett had to settle for a share of fifth with China’s Haotong Li a further shot back.

Zanotti had missed the last three cuts in his previous appearances but bounced back superbly well, particularly with his nine-under par final round, and admitted it was the best round he had ever produced.

He told the European Tour official website: “I think it was probably the best round of my career, so I’m very happy. It was a really good day, a really good week and I’m really happy.

“I think it was at the 15th where I thought I might be able to win, when I made birdie there. I thought, maybe I’ll have a chance if I make two more birdies, but I made a birdie and an eagle so it was great.

“It feels really good to be a winner again. I’ve been working a lot and I was not in my best run of form, missing three cuts in a row, but that’s in the past and today I’m a winner again and it feels great.”