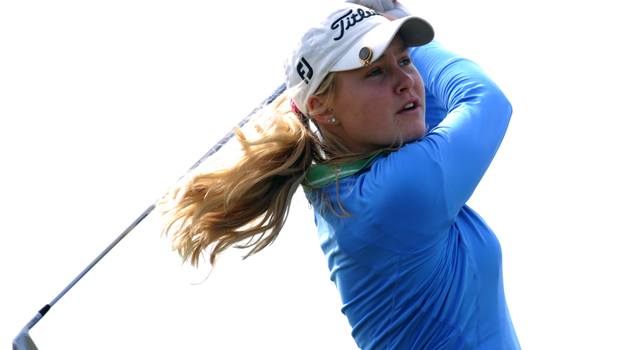 Europe have won the Solheim Cup on American soil for the first time in history with an emphatic 18-10 victory in Colorado.

Europe started the day needing just 3.5 points to retain the trophy and got off to a great start as 17-year-old rookie Charley Hull defeated Paula Creamer before Anna Nordqvist halved her match with Stacy Lewis.

Carlota Ciganda won her match 4&2 against Morgan Pressel before play was suspended for an hour because of the threat of lightening with Europe just one point away from retaining the trophy.

When play did get back under way, Caroline Hedwall from Sweden knocked in a birdie putt on the 18th to defeat Michelle Wie and secure the point needed.

Then it was left to Scotland’s Catriona Matthew to halve her match with Gerina Piller to ensure they won the cup outright.

“I was shaking. My knees were shaking. I knew if I got a half we would win it outright,” said Matthew, who won the Open in 2009.

“It beats that. Any time you can celebrate with your 11 team-mates it makes it more exciting, more fun.”

Hull, who had earlier got the ball rolling with her 5&4 victory over Creamer, could not hide her delight after the win which was not predicted by many ahead of the event.

“It’s amazing, especially in America, the first time ever,” she said. “It’s been fantastic, so many nice people on the team. They’re not as scary as they look on TV.