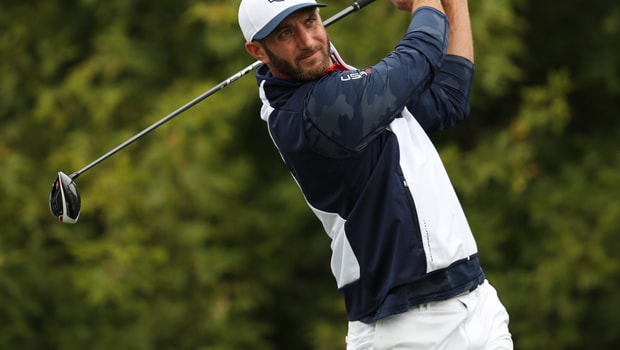 Dustin Johnson is hoping to prove that missing the cut at last week’s Open Championship was just a blip, as he looks to return to form at the Canadian Open.

The world number one failed to make the cut for the first time in 21 events at Carnoustie, but he has an immediate chance to bounce back during this week’s tournament in Ontario.

The 34-year-old certainly has fond memories of playing at Glen Abbey Golf Course, as he is a two-time Canadian Open runner-up, while the course should also favour his big-hitting style this week.

Johnson is certainly confident heading into the event and he plans to draw on his past experiences, while he feels his game is still in good shape despite his Open setback.

“I feel like I have definitely played well here, I like the golf course it sets up well for me,” Johnson told reporters.

“I really didn’t play poorly (at the Open), I feel like I am hitting it well, swinging it well. I’ve finished second here twice so I have been very close, I have a lot of good memories here.”

The former US Open champion has certainly been the form player on the PGA Tour this season, picking up two wins and eight top-10 finishes to move to the top of the FedEx Cup standings, and he will now be hoping to add to that impressive record in Canada.

Johnson, who is priced at 6.50 to win the tournament, is unlikely to have it all his own way this week, as a strong field will compete in the event, including US Open winner Brooks Koepka and defending champion Jhonattan Vegas.