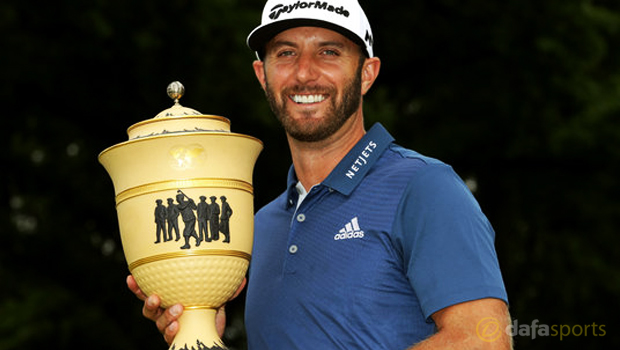 Dustin Johnson is looking forward to the test of one of his favourite events in the upcoming Open Championship at Royal Troon.

The American is the hottest player on the planet right now, having added the WGC Bridgestone Invitational to last month’s breakthrough major victory at the US Open.

The win at Firestone GC lifted the 32-year-old American to a career-high second in the official world golf rankings, behind only Jason Day.

Having moved ahead of Rory McIlroy and Jordan Spieth, Johnson is on course to gate crash golf’s ‘big three’ and turn it into a fascinating four-ball with two major championships to play for in the next month.

The Open has always been an event Johnson has looked forward to and one he has come close to winning before.

Runner-up in the 2011 Open when Darren Clarke prevailed at Royal St George’s, he had a chance to win until hitting a 2-iron out-of-bounds on the par-five 14th in the final round. He was the 36-hole leader last year at St Andrews before shooting a pair of 75s on the weekend as Zach Johnson came through to win.

Given his current vein of form, it is no surprise that Johnson is looking forward to arriving at Troon next week.

He admits that becoming an Open champion requires something very different from what he does week in, week out on the PGA Tour. “You’ve got to use a lot of imagination,” he said.

“It’s completely different than what we do here. Ever since the first time I ever went over there, I’ve always enjoyed it.”

Johnson’s form has all but sealed his place on the US Ryder Cup team to face Europe at Hazeltine later this year.