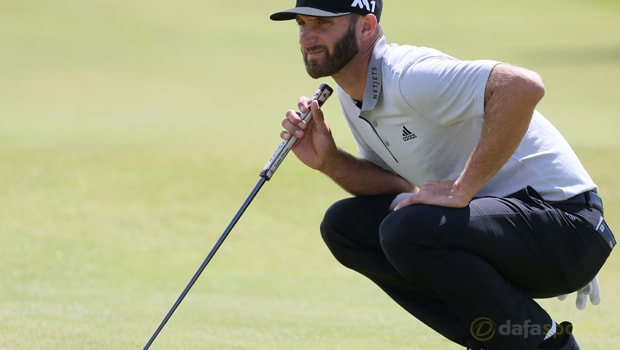 World number one Dustin Johnson says he is feeling confident ahead of the 2018 US Open at Shinnecock Hills following his success last week at the FedEx St. Jude Classic.

Johnson began the season in fantastic fashion with an eight-shot victory at the Sentry Tournament of Champions before clinching his 18th PGA Tour title in Memphis last time out.

The American landed the St. Jude Classic by a mighty eight strokes and that triumph moved him back to the top of the world rankings, replacing compatriot Justin Thomas.

Attention now turns towards the US Open, which gets under way in New York on Thursday, where Johnson will be vying for his second major trophy, having landed the spoils in the 2016 edition at Oakmont.

The 33-year-old, who will tee it up alongside Thomas and Tiger Woods over the first two days, is the 9.00 favourite to win this week and he admits everything is feeling good going into the tournament.

“I feel like right now, my game’s in very good shape,” Johnson said at a press conference.

“I feel like I got a lot of confidence in it, and I feel like I can play this golf course well. And then, you know, it definitely would be awesome to get my second major.”

A star-studded field will be present at Shinnecock Hills, which hosts the event for the first time since 2004, with Thomas, Rory McIlroy, Rickie Fowler and Justin Rose all priced at 15.00.

Jordan Spieth and Jason Day are next in the betting at 17.00 whilst Phil Mickelson, who only needs the US Open to complete the Grand Slam, is a 26.00 chance.