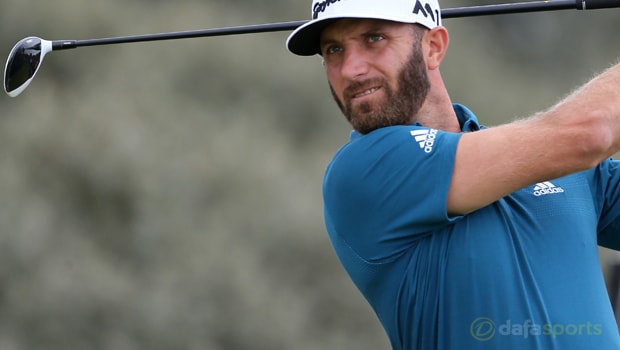 World number two Dustin Johnson is confident he can fend off Andrew Putnam after the pair claimed a share of the lead after the third round of the FedEX St Jude Classic.

Johnson moved into 1.40 after his five-under-par round on Saturday afternoon, while Putnam’s 64 gave himself a huge chance of victory.

The warm conditions at TPC Southwind did not put either player off as Johnson goes in search of another win before the start of next week’s U.S. Open.

Johnson can reclaim top spot in the world rankings with a victory and the pair are five strokes clear of fellow American Stewart Cink.

Despite losing top spot to Justin Thomas four weeks ago, Johnson looks in fine shape as he prepares for the second major of the year.

When asked about his chances of winning this weekend, he told reporters: “I’ve got a lot of confidence in the game right now.

“I can kind of control my own destiny. If I play really good golf, I’m probably going to win. If I don’t, I’m sure Andrew’s going to beat me. It’s pretty simple.”

Putnam, 3.30 to win, has never won on the PGA Tour and will be playing in the final pairing for the first time.

“It’s going to feel a little different than a typical Sunday round of golf but I’m excited. I’ve earned my way here,” he said.

The likes of Richy Werenski and Wesley Bryan will need the leading duo to slip up as they are six shots back but their battle with Cink for third could go down to the wire.