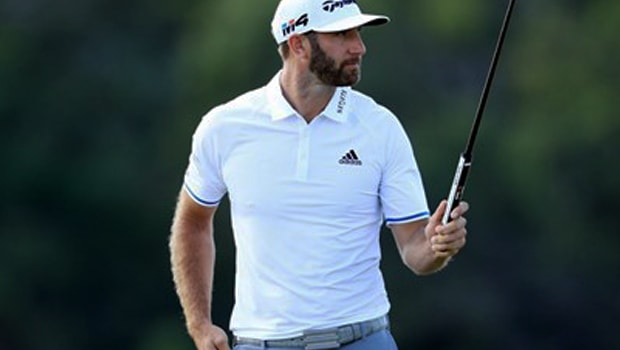 World number one Dustin Johnson will take a two-shot lead into the final round of the Sentry Tournament of Champions after carding an impressive score of 66 on day three.

The American went into Saturday’s action one shot behind leading duo Marc Leishman and Brian Harman, but he carded an impressive round at Kapalua Resort, the highlight being when he chipped in from around 65 yards for an eagle at the par four 12th.

That impressive shot helped Johnson move onto 16-under-par for the tournament and he will now take a two-stroke advantage into Sunday’s final round.

The American is no stranger to leading events after 54 holes, although he will be hoping to avoid a repeat of what happened at the WGC – HSBC Champions in October, as he held a six-shot lead heading into the final day of that event, but ultimately missed out on victory after slumping to a final round of 77.

Johnson is confident of avoiding a repeat of that collapse in Hawaii and is focused only on the task at hand.

“It was a long time ago. It’s a completely different golf course. It was, what, two months ago or something,” Johnson was quoted as saying on the PGA Tour website.

“I’m going to try not to think about it tomorrow, hopefully I won’t. But I just need to go out and play my game and just see what happens.”

Johnson is priced at 1.44 to win the Tournament of Champions, although he is expected to face a stern challenge from nearest rival Harman, who is on 14-under, while Jon Rahm, Rickie Fowler and Jason Dufner are also within striking distance of the lead.