Posted by Jason Stepford on September 3, 2013 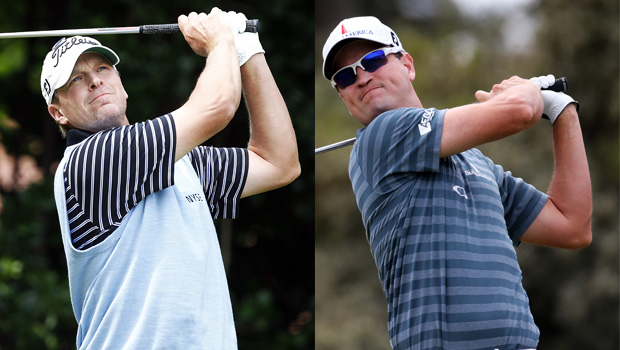 Zach Johnson and Steve Stricker are the latest golfers to secure their place in the USA team for the upcoming Presidents Cup.

The pair have taken the last two automatic positions in Fred Couples’ side, after good showings in the Deutsche Bank Championship.

Former Masters champion Johnson holed a 26-foot birdie putt at the 72nd hole in Boston, which allowed him to secure a top-30 finish and move into the final qualifying berth for the US team.

Johnson’s late birdie pushed Webb Simpson from ninth to 11th in the US list and the 2012 US Open champion will have to wait and see whether he gains one of the two captain’s picks.

Stricker, meanwhile, finished second at the Arnold Palmer-designed TPC Boston – behind eventually winner Henrik Stenson – to move from 11th to seventh in the standings.

The 46-year-old will be playing in his fifth Presidents Cup and has been victorious in all the previous four matches against the Internationals.

Couples now knows all the players to have qualified for the biennial event, with the US skipper still to decide on his two selections.
One man under consideration is Jim Furyk, who has played in the last seven Presidents Cup matches but has just failed to qualify this time.

Two captain’s picks for the team event, which will take place at Muirfield Village in Ohio from October 3 to 7, will be announced on Wednesday.